Apple has pulled it out of the bag yet again.

And it comes as no surprise that Apple has pulled it out of the bag yet again with the announcement of the Apple Watch to be released in early 2015.

If you haven’t already seen what this watch is all about, it’s about time you check it out. Though the interface is small, Apple has made it seemingly comfortable and easy to use, which promotes a wearer friendly experience. It’s customisable screen display and wrist straps enable you to personalise its appearance and stand out from the crowd.

Much like the iPhone, the Apple Watch combines fashion accessory with accessible and convenient gadgetry but, unlike the iPhone, it’s connected to you physically. Apple emphasises this connection in its promotional video.

So what features does it have?

Quite honestly, if we listed every single feature, we still wouldn’t be doing the Apple Watch justice. (If you would like to see a list of features, you can view them here…). Instead, we’ve chosen a few of what we think are its best features.

We confess our admiration for the Force Touch feature. The screen has a field of tiny electrodes around its flexible Retina display that is able to detect the power of touch to determine whether you are tapping or pressing the screen. That’s awesome, right?

We also like how Apple has targeted the fitness aspect of the Watch with its snazzy sports-style strap, heart beat detector and array of fitness apps. Not only will it appeal to health and fitness fanatics, but it also has the potential to encourage its not-so-fit wearers to live a fit and healthy lifestyle.

But the Apple Watch also means business. It’s a state-of-the-art symbol of your time-management and organisation. If you’re in a meeting, it’ll be less intrusive to take a sneak peak at your text messages or emails than an iPhone or iPad. Maybe you’re at a networking event and nobody is talking to you? One swift reveal of the Apple Watch and we’re certain you’ll be the talking point of the room. Well…maybe.

Despite our love for this product, we do have one concern: size. No matter how Apple tries to get around it by magnifying or scrolling, the Apple Watch is still small. This could make the Watch fiddly to use for wearers with larger hands or poor eyesight. Siri could come in handy, as long as you’re comfortable with people seeing you talking to a small screen on your wrist in the middle of the high street!

We have such high expectations from the iPhone and iPad series, we tend to feel that anything Apple releases that doesn’t make its way into every home is a failure. We shouldn’t forget that the Apple Watch, like an iPad, is a luxury. It’s rare to see people using iPads for anything more than watching BBC iPlayer or playing Angry Birds, yet we’d still be envious if we didn’t own one! That’s what Apple does so well. Owning their products makes you feel part of an exclusive club. And we want to be part of Club Apple Watch!

What’s your favourite feature of the Apple Watch? We’re waiting with great anticipation for more news, but in the meantime we’d love to hear what you think of the Apple Watch. Get in touch with us via your social media platform of choice or leave a comment below! 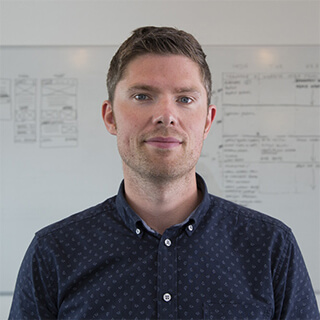